Opening hours: This part of the reserve is open 24 hours a day

Public Transport Links: Nearest mainline train stations at King’s Lynn or Sheringham. From King’s Lynn bus station (several hundred metres from the train station), and Sheringham train station the Coast Hopper bus service runs through Wells. Coast Hopper details can be found HERE or search for Coasthopper in your internet search engine. Note that timetables vary according to the season, and that sometimes when travelling from King’s Lynn a change of bus is necessary at Hunstanton. The Coasthopper buses, which run along the A149 coast road, will stop when requested or hailed, so long as it is safe to do so. The junction with Norton Street may be the most convenient location- ask the driver for ‘Burnham Norton’, but there is no formal bus stop. It is about 700 metres from the A149 to the car park.

Parking: The car park at the junction of Norton Street and Marsh Lane (no charge) will hold about 20 cars, but at the time of survey capacity was temporarily reduced by a works compound associated with flood relief work nearby. Please be sure not to obstruct access to nearby houses, or the roadway through to the field gates.

There are no designated Blue Badge parking spaces in the car park, which has a firm well-drained surface of rolled/compacted stone. Vehicles could drop off passengers in the car park if required, or through the car park and nearer to the field gates, but please do not park there as access is required 24/7 by farm traffic. There would normally be enough room in the car park for a minibus. 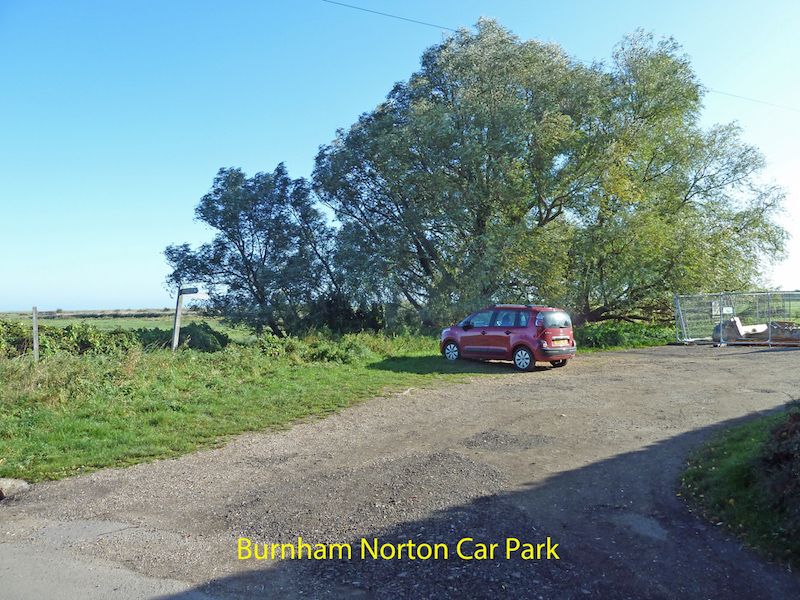 Toilets: There are no toilets on this part of the reserve. The nearest accessible public toilets with RADAR locks are located on Beach Road, in Wells, opposite the Harbour Office. There are also accessible toilets in the Beach Road car park – managed by Holkham Estate. Toilets will be provided in the new Orientation Centre on Lady Anne’s Drive (see Central Section report), when it opens in 2018.

Public telephone: There is no public telephone on this part of the reserve (though there is an emergency telephone at Holkham Gap, as detailed on the report for the Central area). The nearest telephone box is on West Harbour Way in Burnham Overy Staithe, near the junction with the A149. It is coin operated and was working on the day of survey. However it is an old-style red telephone box, and certainly not wheelchair friendly. Mobile phone signals along this coast are often low strength or non-existent, and should not be relied on.

Visitor centre: None on the reserve, but see notes on the Orientation Centre that is due to open in 2018. These can be found in the report on the Central area (Lady Anne’s Drive and Wells Beach) 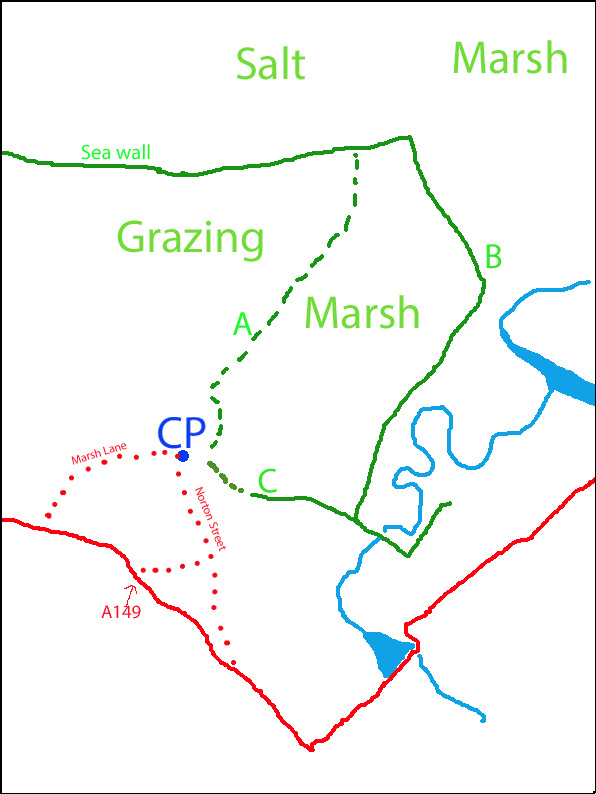 Although most of the area north of the car park in this sketch map is part of the NNR, access is largely via the footpaths marked A, B and C. These provide a circular walk for those that can manage the distance – around 3.5kms. Wheelchair access may be possible (especially with assistance) part way along Paths A and C, and the bench near the junction of Paths A and C does provide good views over the grazing marshes, and nearby reed beds. Current ground works associated with sluice maintenance has disturbed the ground part way along Path C. Hopefully that will be restored as the work is completed, and wheelchair access along the full length of Path C may then be possible.

Please note the sea wall footpath marked on the sketch map is scheduled to be closed for some time during 2018 to allow the height of the sea defence wall to be raised. This is because it was breached during the last storm surge. During the closure an alternative route will be signposted along a temporary path next to the A149. 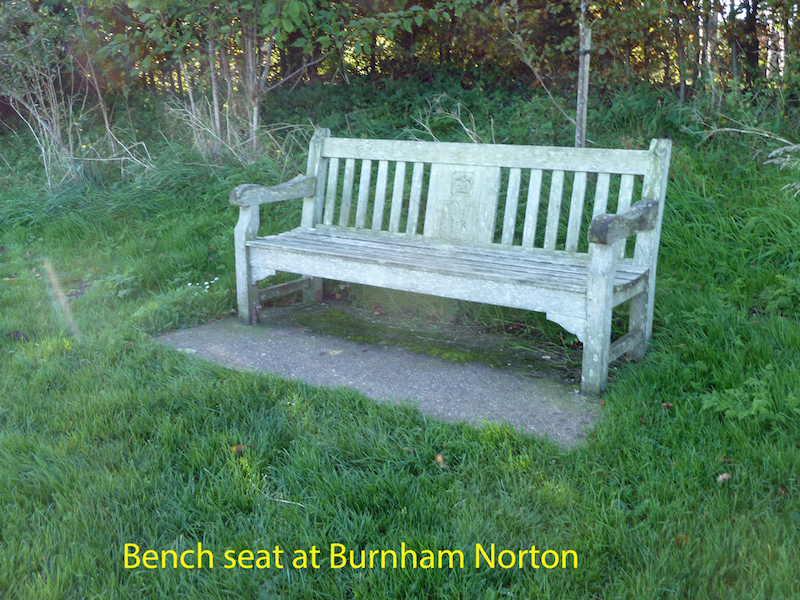 Path A gives views across the grazing marshes, with pools and reed-lined drains. Depending on the season there can be good views of lapwing, curlew, avocet, and wheatear, and it is well worth keeping an eye on the sky above for sights of spoonbills (which breed elsewhere on the NNR), such as this one photographed from Path A in June 2014. 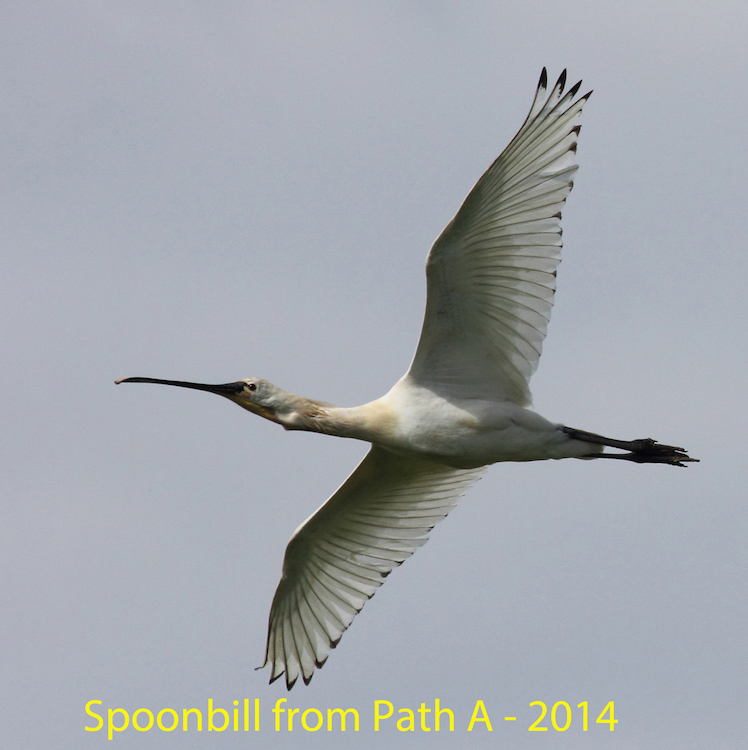 On the day of survey in October 2017 the sky was full of the sights and sounds of recently returned pink-footed geese. 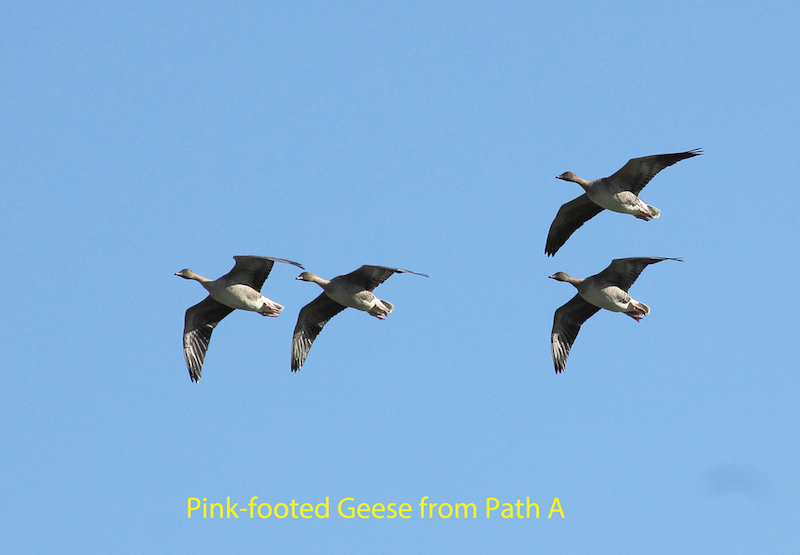 From the car park there is a firm stoned track leading to the farm gates that mark the beginning of Path A. Currently one of those gates is missing, but the opening widths are about 110cms, with a latch 135cms from the ground. 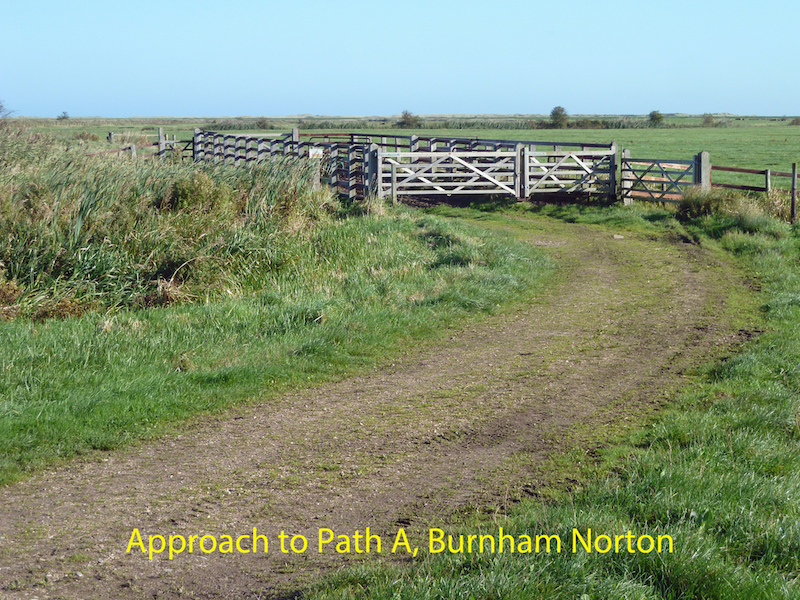 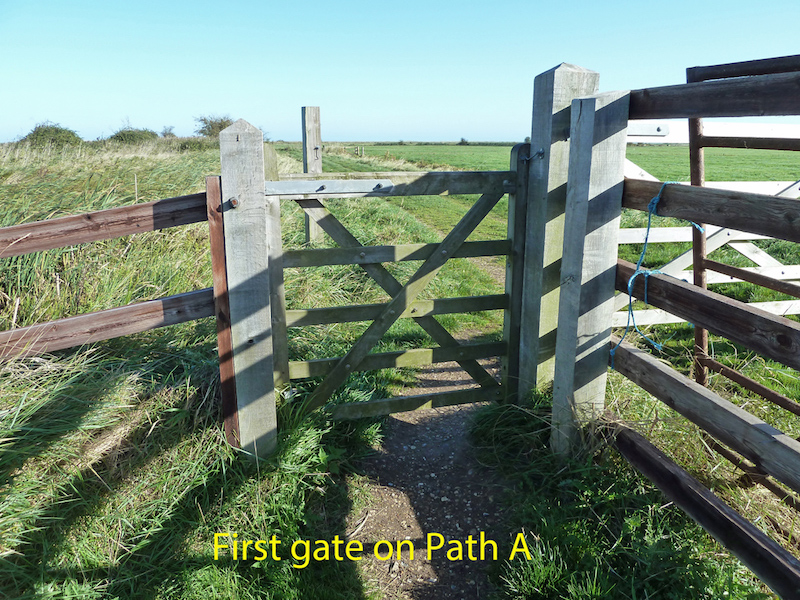 Once through the two sets of gates there is a level stone and grass path of ample width, with views over grazing marshes and reed-lined drains. In dry weather this would be negotiable by many wheelchair users, but in wet weather puddles become a problem. 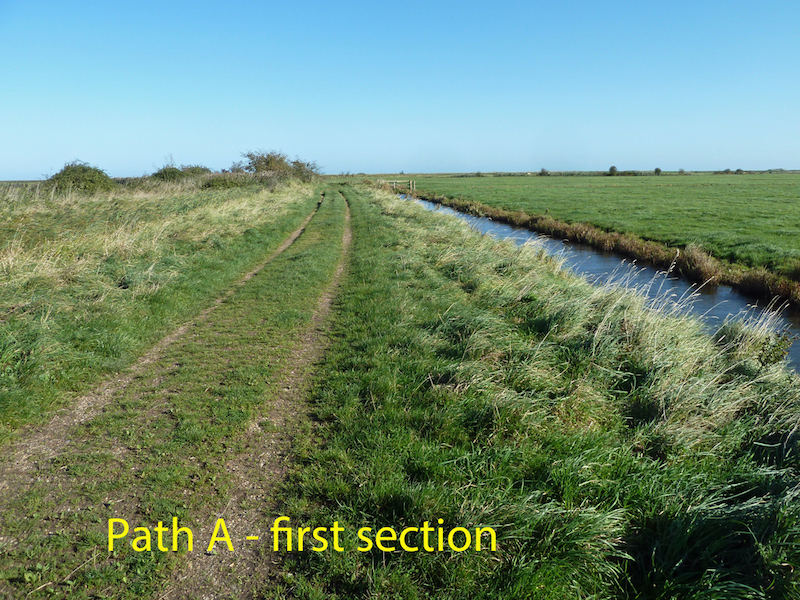 About 730 metres from the entrance gate(s) there is a further gate, where the path crosses a drain. 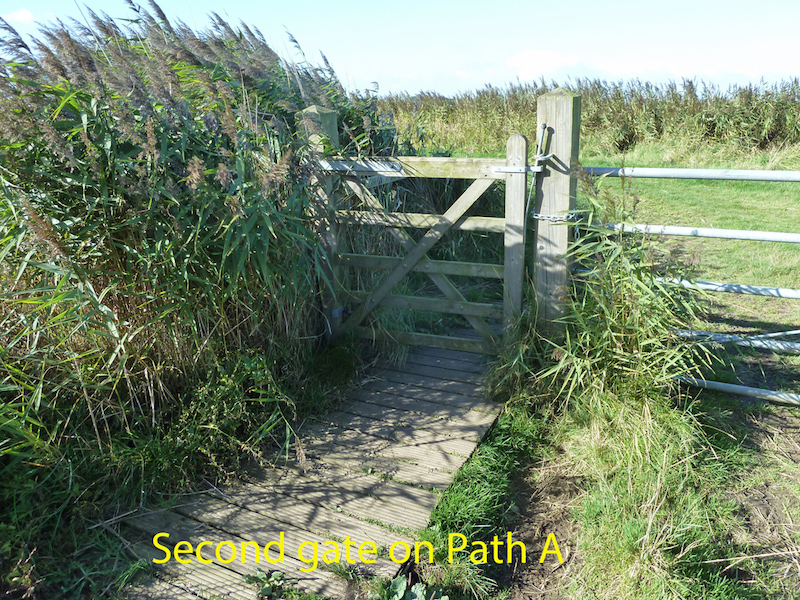 This gate is about 120cms wide, with a sprung latch at the top, about 140cms off the ground.

After this point the path is much narrower and not really passable in a wheelchair. Just before the path reaches the sea defence wall there is a board walk bridge over a drain, with a fence to one side only. Just beyond this bridge there is a short but steep climb up onto the sea wall. This section of Path A is a further 500 metres in length. 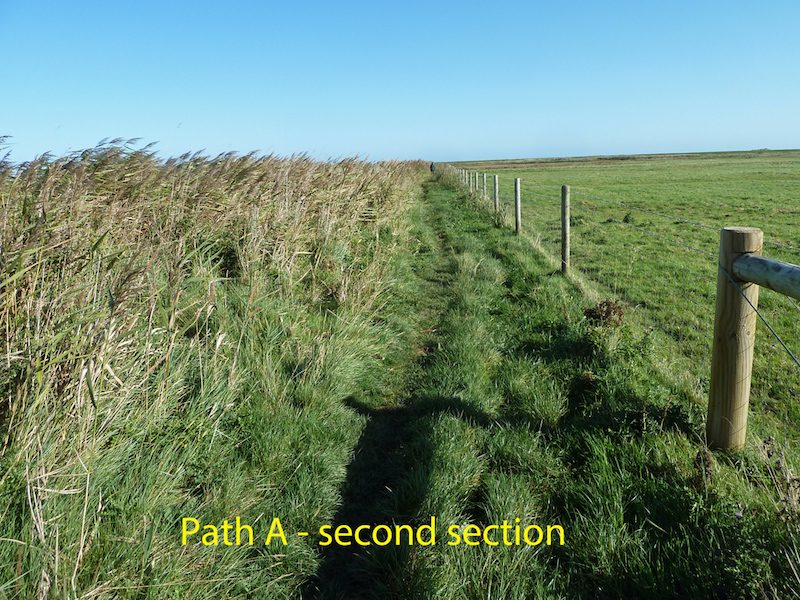 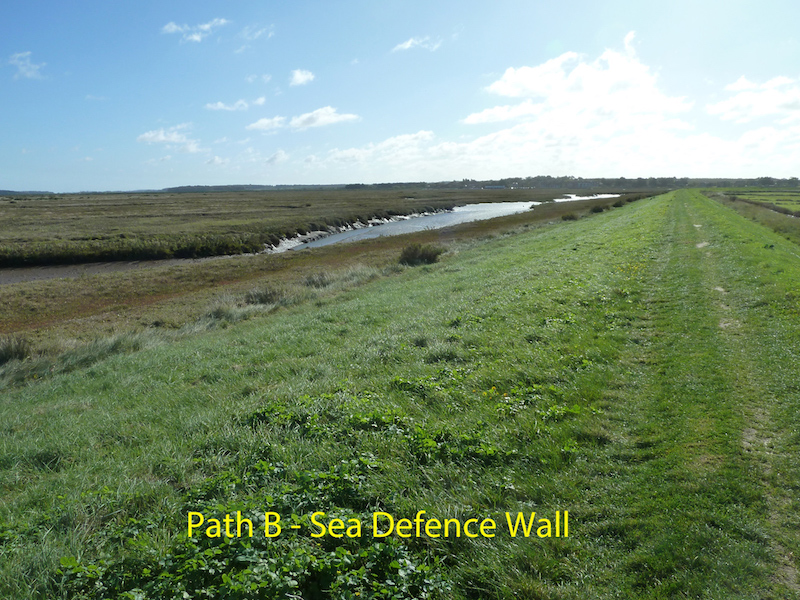 Path C also has excellent views of the grazing marshes, with some close views of reed beds, plus hedgerows and scrub to the south which can harbour a wide range of species. 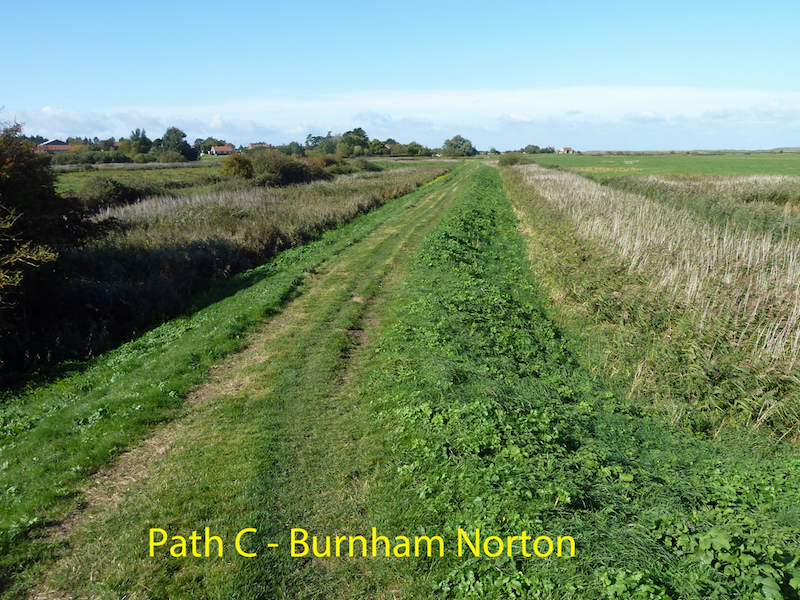 With the exception of the second section of Path A, all the paths have ample width for wheelchairs to pass. Overhanging and encroaching vegetation is not a problem anywhere.

Resting places: There is only one bench seat on this part of the reserve – near the junctions of Path A and Path C, not far from the car park. The gate about 730 metres along Path A would give something to lean on – about 140 cms high. After that there is the fence on the bridge just before the end of Path A – a further 500 metres. Along the sea wall some may find it possible to sit on the edge of the path, and about 1km along Path B there is a sluice which has fences that could be leant on.

Hides: There are no hides on this section of the NNR.